When it comes to pain nearly half of Brits (44%) just grin and bear it which could impact long term health and well-being.

Many people put up with pain when they don’t need to. Often discomfort from musculoskeletal problems can be alleviated with the correct diagnosis and treatment. Traditional acupuncture is an evidence based therapy that has been shown to help reduce pain and swelling, increase blood flow to promote recovery and help restore movement at the site of injury.

In my experience, a lot of patients either ignore their injury or opt for painkillers and anti-inflammatory drugs without ever being physically examined. Painkillers often mask the problem and don’t always address any potential underlying issues. Traditional acupuncture can help to identify the root cause of a problem, improving a patient’s understanding and management of symptoms for a more positive long-term outcome.

Traditional acupuncture is one of the oldest documented systems of medicine in history (practised since around two thousand years ago) and is based on the meridian system and the movement of energy around the body. It is believed that pain or illness can occur if the flow of energy gets blocked or disrupted. Acupuncture improves the body’s natural healing process by stimulating specific points on the body to regulate the flow of energy once again and restore balance.

Despite traditional acupuncture’s widely recognised health benefits, statistics also show that more than a fifth (21%) of people say they are too scared to try it because of the needles.

Most people who come to see me for the first time are a little nervous even if they don’t say so. I make sure they understand the acupuncture treatment process thoroughly, including how it’s going to feel and that the needles are single-use, sterile and extremely fine. Acupuncture needles are also nothing like hypodermic needles used for taking blood so I tend to show them what they look like to put their mind at rest. 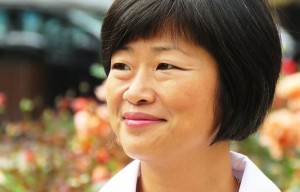 For more information and to find out how traditional acupuncture helped Olympic medallist Rebecca Adlington please watch this short video.

Joanne Dyson has been in practice since 2004 and is registered with the British Acupuncture Council.

Why Yoga. Why Not.

HRT in Shortage?!
Scroll to top

This site uses cookies. By continuing to browse the site, you are agreeing to our use of cookies.

We may request cookies to be set on your device. We use cookies to let us know when you visit our websites, how you interact with us, to enrich your user experience, and to customize your relationship with our website.

Click on the different category headings to find out more. You can also change some of your preferences. Note that blocking some types of cookies may impact your experience on our websites and the services we are able to offer.

These cookies are strictly necessary to provide you with services available through our website and to use some of its features.

Because these cookies are strictly necessary to deliver the website, you cannot refuse them without impacting how our site functions. You can block or delete them by changing your browser settings and force blocking all cookies on this website.

These cookies collect information that is used either in aggregate form to help us understand how our website is being used or how effective our marketing campaigns are, or to help us customize our website and application for you in order to enhance your experience.

If you do not want that we track your visist to our site you can disable tracking in your browser here:

We also use different external services like Google Webfonts, Google Maps and external Video providers. Since these providers may collect personal data like your IP address we allow you to block them here. Please be aware that this might heavily reduce the functionality and appearance of our site. Changes will take effect once you reload the page.